You have to start hungry, but not too hungry. You have to pace yourself--not too fast, not too slow. And you must be prepared. Print out the list of offerings; highlight those that you must have in one color and the ones you could have if you're not too full in another. Then go for it!

The annual Epcot Food & Wine Festival is nearing its end for 2018, but you still have a chance to partake of some fabulous--and some not so fab--foods!

As always, we marvel at the people sitting in the restaurants or noshing huge pretzels when they should be visiting the booths for specialties. We even witnessed a man getting a Bud Light. Are you kidding me? You come to Epcot and drink a Bud Light?

Granted, Hubs and I don't partake of the various wines and beers at the festival, just the food. But still...Bud Light?

All right, it's off to the races. 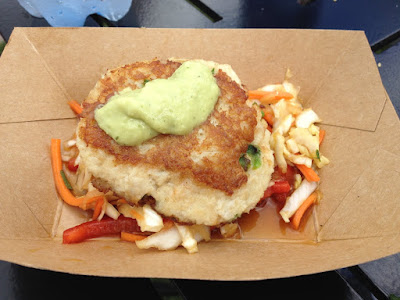 Well, it was hard to tell if there was any crab in the patty. And it certainly wasn't lumps of crab--it was shredded just like any other medium grade crab cake you might get at a middling restaurant. We decided that the "lump" was meant to describe the crab cake as a whole, as in, a lump of a crab cake on your plate. But it was a tasty crab cake nonetheless, though there was a hint of soy sauce to it that was not welcome.

The cabbage slaw (isn't that redundant?) was sour and the avocado cream was, unfortunately, overpowered by the lemon of the lemongrass. Ah well.

At the Cheese Studio hosted by Boursin Cheese (I swear that is the booth's name. I found it suspicious.) we had a braised beef stroganoff with "tiny egg noodles, wild mushroom and Boursin garlic with fine herbs cheese sauce."

All righty then. I like a good beef stroganoff. Hubs said we had this last year and liked it. 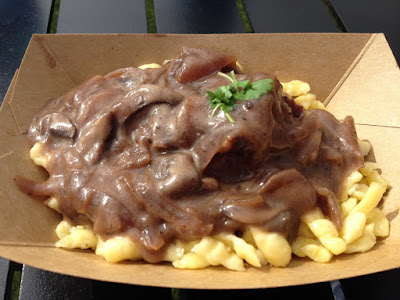 It was salty and yummy. The beef was super tender. But the "tiny egg noodles" were more like...crumbles. Still, this one was a winner.


Next, we hit New Zealand! We chose all three of their food dishes:
On the right: Steamed green lip mussels with garlic butter and toasted breadcrumbs
Center back: Lamb meatball with spicy tomato chutney, and
On the left: Seared venison sausage with kumara puree and wild mush 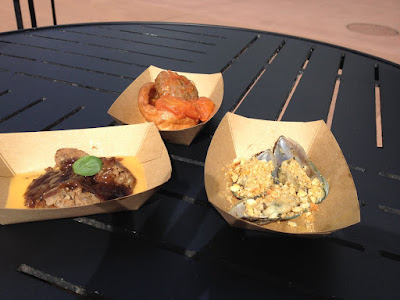 Mussels, because...mussels. Why not? Right? They were bland and chewy with tendons in them. I wouldn't say the breadcrumbs were toasted, just there.

The lamb meatball because I don't particularly like lamb and I thought I should give it a go. It was tender, juicy, and very spicy. There was only a hint of lamb. I liked it. But it was sitting in some sort of useless bread cup. 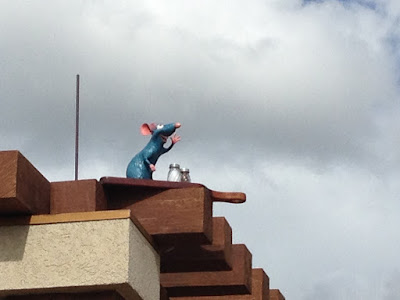 The venison sausage was too suasagey and not enough venisony. Oh, well. Kumara tasted mildly like sweet potato, which is apparently what it is.

Then we went to Ireland and ate the warm chocolate pudding with Irish Cream liqueur custard. OMG. This is pretty much why we go to the festival every year. 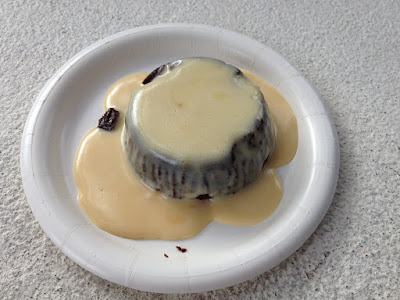 As we were finishing up this scrumptious, moist, ooey gooey chocolatey paradise, a group of people approached and told us it was all our fault that they got some too. We literally forced them to partake of it.

"We saw you with yours and had to have some!"

It was no doubt the bliss on my face and the OMG this is so fabulous! Anyway, I told them I considered it an honor to be the one to force this amazing treat on them. They are, no doubt, better for it. 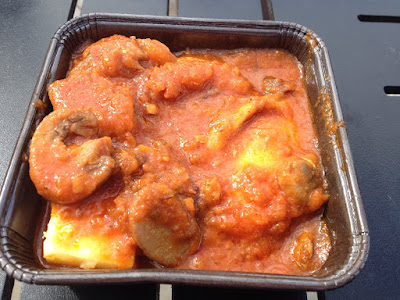 Italy! We got the "Polo Alla Cacciatora," which is braised chicken thigh, mushrooms, tomatoes, and parmesan polenta. Egad. The parmesan polenta was pretty horrid. Zero flavor, really, and an unpleasant texture. The chicken was tender and juicy, but bland. The cacciatore sauce was really good--the only thing with flavor on the plate. Unfortunately, it was too mild. 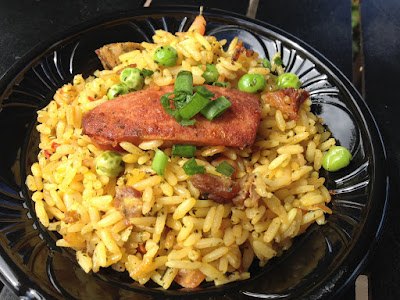 Spanish-style paella with chorizo and roasted chicken. Right away, I'm suspicious. Why isn't it just paella? Why Spanish style?

Alas, the rice was dry and tasted of vinegar. The chorizo was tough and dry, but at least very spicy. And where was the roasted chicken? We think it was those brown bits in the rice. Over all, this dish got a sad face.

So, growing despondent, we move along to China. We chose the chicken dumplings with Chinese slaw and the black pepper shrimp with garlic noodles. 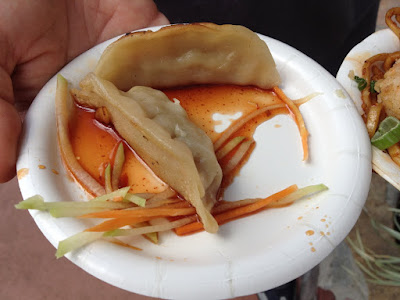 The dumplings were okay and were stuffed nicely with chicken. The sauce was sweet. Look at what they call Chinese slaw... A few sticks of cabbage. Cute. 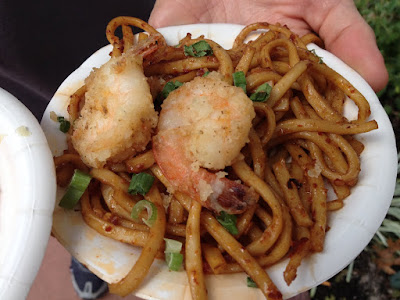 The shrimp was good because shrimp is good. The breading was mushy, but who cares. It was shrimp. The garlic noodles were thick and dry, but very tasty.

Next up was Mexico where we got a short-rib tostada, described as a "corn tortilla topped with short ribs, black beans, salsa verde, and spring onion. 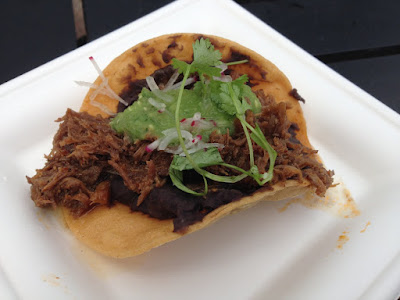 The corn tortilla was thick and tasty. The shredded rib meat was tasty. The black beans were actually mush, but good black bean mush. The salsa verde was fresh and lemony. I thought it was guac at first so the taste surprised me. Then I was like, oh, wait, that's salsa verde...green salsa! The only drawback of this one was the cilantro. I got a bite of it and I don't like cilantro. Otherwise, yummy.

Then we headed to Greece for some spanakopita. A spinach pie. It was...awful. 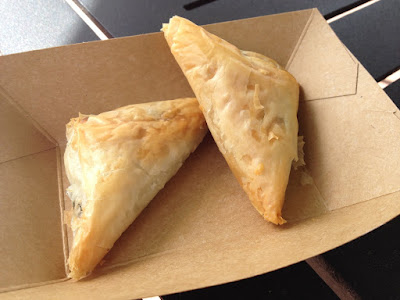 The crust was flaky, yes, But the mix of spinach and feta? cheese was bland. We didn't eat much of it.


Last stop, Islands of the Caribbean! Here we got the ropa vieja empanada with tomato aioli. This empanada tasted like it was filled with rib meat. Ropa vieja is shredded stewed beef, so maybe... 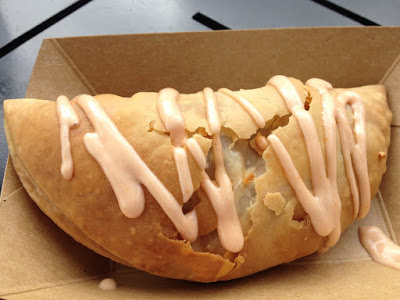 The pastry was really thick...too thick. The best part was the aioli on the top. Yum-my!

That was it. All we could fit in. So we rode a few rides and headed home. I really need to find a recipe for that Irish chocolate pudding. I will make a huge pan of it and it will be all mine! 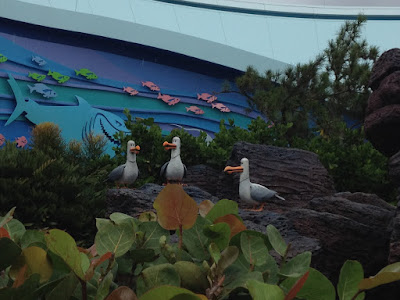 Posted by Dianna Dann Narciso at 3:06 PM No comments:

5 Things I Love about October in the Sunshine State

It's true enough that I don't like hot weather and wish I could wear sweaters. But let's face it, I'm getting old...and pudgy. Scraping snow off a car windshield and waddling around looking dumpy covered in a lot of yarn is probably not a good deal for me.

So here are 5 things I love about October in Florida.


1. It's not too hot anymore. There's a slight...not hotness in the air. I don't break out in a sweat just by opening the door. Glory hallelujah, it's not so freakin' hot! (Check out the way hallelujah is spelled.)


2. Reese's Pumpkins! The aisles of Walmart are filled with candy and the best candy is Reese's Peanut Butter Pumpkins. The Reese's specialty shapes have a different ratio of chocolate to peanut butter, and that makes them BETTER! This year, I have pledged not to purchase any pumpkins until after the Florida Writer's Association conference, which, as it happens, is this weekend. (This is an arbitrary date...just trying to hold off with the gorging. But it will no doubt lead to peanut butter pumpkin hoarding.)

3. The Epcot Food & Wine Festival! That's right, every year I get to go to Epcot and stuff my face with treats from around the world (well, supposedly) and blog about it! 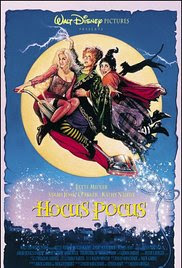 4. Halloween! Okay, so no trick or treaters at our house, but Halloween means Hocus Pocus!


5.  As soon as October ends, the HOLIDAYS begin! The air will cool even more and I'll start thinking about turkeys and cookie schedules. There will be holiday music in the stores. We'll put up a tree and pretend it's cold outside.


I tried to think of 10 things I love about October in the Sunshine State...but I couldn't manage it. And number 5 is really about the end of October so it technically doesn't count. Nonetheless, I have done my duty in fair and balanced blogging...


Posted by Dianna Dann Narciso at 8:21 AM No comments:

10 things I hate about October in The Sunshine State 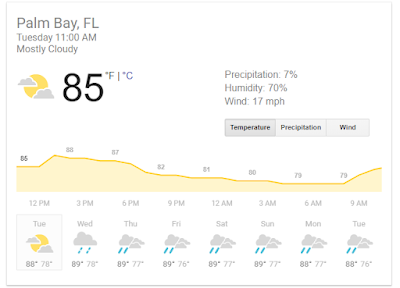 2. Everything is either green or dead. There is no such thing as Autumn here. 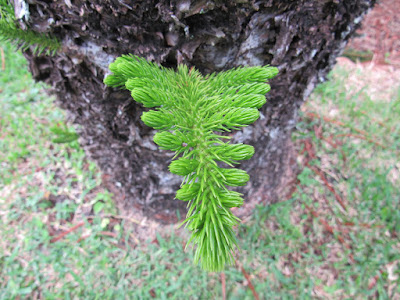 3. The knowledge that winter is not coming

4. My drawer full of unused sweaters 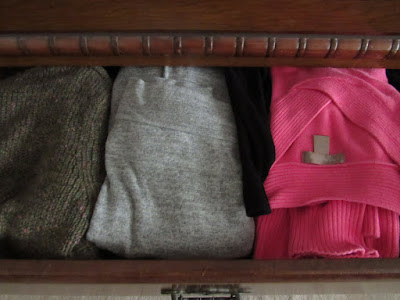 5. If I carve a pumpkin, it can't sit outside for more than one night without rotting.

6. Walmart knows if I buy the Reese's Peanut Butter Pumpkins now, I'll just have to buy more, even though... 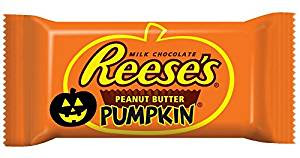 
8. Horrifying previews of horror films on tv every night

9. Scary tv ads for Halloween Horror Nights and the like 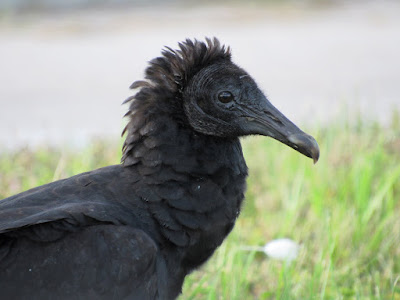 10. It's not December. Not that December will be much better.


Posted by Dianna Dann Narciso at 12:07 PM No comments: