Are we all a bunch of fascists, or what?

I admit it freely. I don't get the uproar about Colin Kaepernick and Gabby Douglas. I don't get the craziness over kids not being forced to stand and recite the Pledge of Allegiance in school.


Why do people care? Are we a cult?

I think that's it. America is a cult. That would certainly explain a lot. Like public schools and Ronald Reagan.

I have to wonder about people who insist that other people make these particular gestures of national pride. And when people don't show enough of said pride, insist that said people "leave the country," or stupidly worse, "go back where they came from."

Where do they think Colin Kaepernick came from?

My father married a girl (she was younger than me, so, yes, a girl) from Thailand and one of the things she noticed most when visiting the U.S. with him was the flag. The U.S. flag is everywhere. Boy, we really, really love our country. From very early ages, we are taught that this is the greatest country in the world! And when we get older, if we say anything negative about our country, a lot of people will come out of the woodwork like roaches to shout us down. (It's much worse in the age of the Internet tubes.*)

At the risk of creating a meme or Internet law of debate, you know what other country teaches its citizens that it's the greatest on earth and punishes anyone who says different? North Korea. Just sayin'.

There have been suggestions of racism in all of this. People are pointing out that Gabby Douglas was attacked for not putting her hand over her heart, but neither did some hockey players, and nobody cared about that. So there. Riiiight. Like anybody paid any attention to hockey at the Rio Olympics. Remember the Dixie Chicks? Yeah, see, it's not so much about racism as it is about white nationalism. Those white nationalists will go after anybody who doesn't scream "AMERICA!!!!!" with enough pride.

I have two things to say about all of this.

One. Everybody standing up and reciting the pledge or singing the anthem can get a little bit creepy. It was worse just after 9/11. I will never forget attending this podunk church fair. You know the kind where they outsource the rides and game booths to what look like shady, criminal organizations? The whole family was sitting under the big food tent eating our fair food when the DJ put on Whitney Houston's (Yeah, I think she was still alive then) rendition of the National Anthem.

And everybody stopped eating and stood up and put their hands over their hearts. Except us. I was like, are you serious, people? We're trying to eat here.

First of all, we were not at a ball game. And second (and most important), it was Whitney Houston! Are we going to drop everything every time they play this god-awful abomination on the radio? No.

All of this outward appearance of national pride is surface area only. If people really had pride in this country, they'd be championing Kaepernick (Gabby Douglas didn't intend anything). Because he's sitting down for something he believes in. They'd be telling school districts to stop forcing children into ridiculously hollow displays of nationalism and instead, petition the government to start making our schools teach our children things they need to know.

That's right. All of this protesting and doing things your own way is downright Un-American! Seriously?

It's so stupid that I don't get it.

Which brings me to two.

Respect. These people don't understand respect any more than they do freedom.

I was at a family get together where there were some old people in the dining room and these old people were lamenting the lack of respect they were getting from the yoots of today.

"Back in our day," they said, "we were taught to respect our elders."

And I told them that respect has to be earned. You get young people to respect you by respecting them. When you treat others with respect, they will respect you in return.

As an aside, this reminds me of the time I was visiting my kids' school and I saw the principal and another adult or two trying to talk to an apparently misbehaving child. They stood over him, demanding that he explain himself. And he kept quiet. Poor kid. Get down on your knees, I wanted to say. Get on his level. Show him some damned respect and maybe he'll talk to you.

If they can say that by supporting the "Make America Great Again" candidate, why can't Colin say it by sitting out the National Anthem?


*You see, the Internet is a series of tubes.

Posted by Dianna Dann Narciso at 9:19 AM No comments:

Pigs N' Taters: not so much pigs, as pig-flavored... Still, when I came across this chocolate bar at the Cracker Barrel* today, I thought I should give it a try. 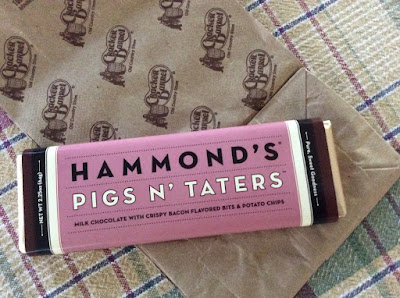 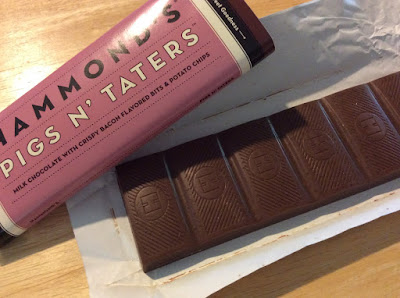 It's impressively thick and smooth. 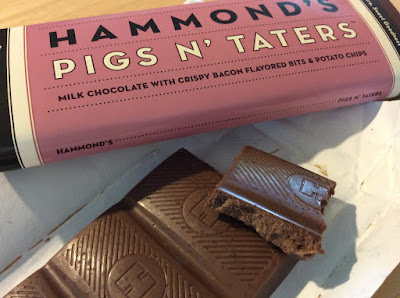 It doesn't look like anything's in there. But it tastes like...salty chocolate, with a hint of meaty, almost smokey flavor. It was just weird enough that I only ate a few of those chunky rectangles before I decided I didn't want to eat it anymore. I think they should have gone for actual bacon bits instead of generic bacon-flavored bits (whatever those might be). But maybe there's a shelf life issue there.

Unfortunately, the aftertaste was like spoiled meat...so, I had to finish off with a Dove Dark Chocolate. 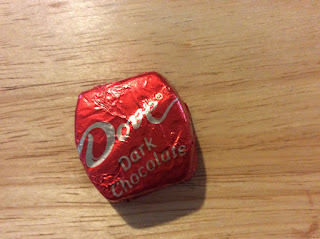 It was tough, but it had to be done.

Whatever. As long as I have chocolate...

Posted by Dianna Dann Narciso at 1:47 PM No comments: 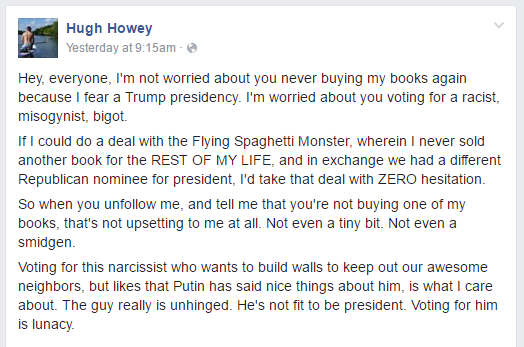 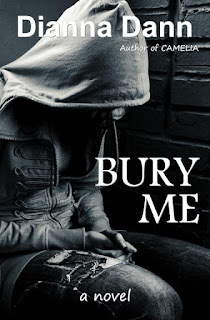 Posted by Dianna Dann Narciso at 10:51 AM No comments: