I recently read an article (not this one, but this was the only one I could find in the time I was willing to spend looking) about Instagram filters and the way they are probably contributing to mass insanity...or something along those lines. It seems that people taking pictures of themselves using these filters (like, mirror image...?) look really good and then they see themselves without filters and feel like crap. Basically. That was the gist.

And there was a quote about people who "document themselves" several times a day.

And my thought was, what the hell?

People are taking pictures of themselves, several times a day. And we're supposed to worry about filters making them crazy? I wondered what people so desperately in love with themselves did back in the day, when they couldn't get the instant gratification of a selfie posted on social media. I can't recall...although, there was one girl who spent an inordinate amount of time looking into her compact mirror during class in high school.

Anyway, I guess I don't get Instagram at all. Much less the selfie thing. The article did also state that when these selfie people took pictures with their iPhones, they looked really awful. I can attest to that. I have tried to take selfies with my iPhone. Maybe this is what has put me off selfies in general. Who knows.

As an aside, I heard on that show Food: Fact or Fiction, that photogs back in the early days had people say "prunes" instead of "cheese" because back in the day, a lot of people had really bad teeth, if they had teeth at all. Nobody wanted cheese pics back then! That made me think about all the prune-y selfies people take now. I'm just going to assume from now on that people who pout in selfies have missing teeth.

But the thing that gets me most is that people are spending so much time taking pictures with their phones and posting them to Instagram. And they're outside a lot. When I'm outside, I take pictures with a real camera. Do you have any idea how hard it is for me to get those pictures onto my phone or iPad so that I can post them to Instagram? (Instagram doesn't want people posting from their computers. That's  not cool, I guess.) It's stupidly complex. Something just isn't right with my Apple connections, I guess. 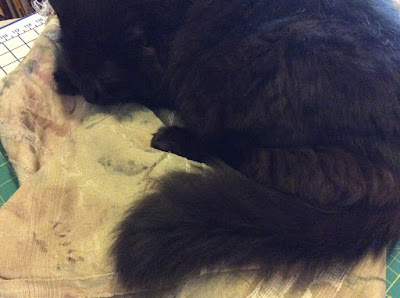 That's Squeakers sleeping on some fabric that I'm making a long coat out of. It was once my king sized comforter. (Shhh. Don't tell.) Instagram likes cats, but the pictures I usually see are a tad more professional than mine. 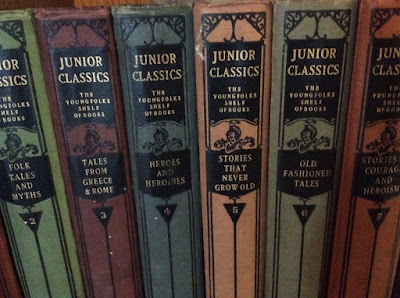 Books on my bookshelf. That's a good picture. I think I'll actually post this one. I have a lot of bookshelves, so I might get a few months worth of posts just with that. 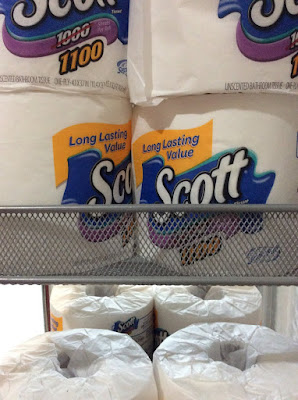 Toilet tissue. It's artistic, see? I might post this one, just to throw people off. Make them wonder if I'm sane. 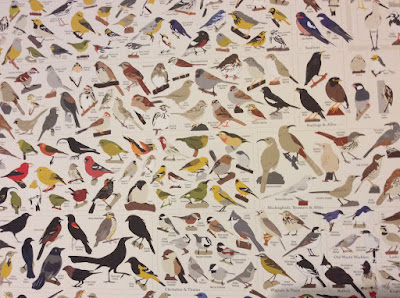 Bird poster. This could be a violation of copyright. But when you're something of a recluse, your options are severely limited. 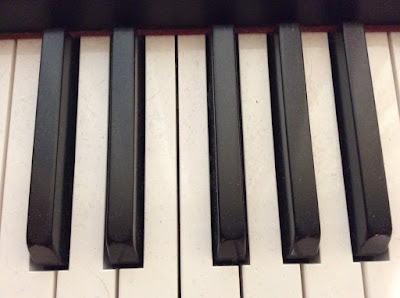 I like textures and patterns. They have hashtags for those things so other people post pictures of this nature also. And while I do try to get in a lot of pictures when I travel to hotels (great places for textures), I don't travel often enough to keep my Instagram page interesting. So, I'm left with taking pictures of our keyboard and spots on the carpet. 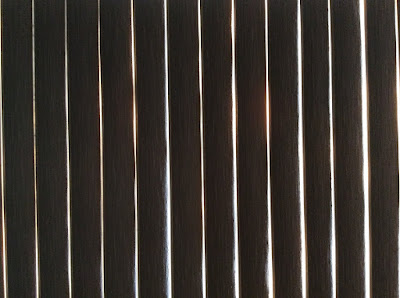 Blinds are always a good topic because they look different at different times of the day.

The problem with hanging out at home and posting pictures from around the house, though, is that, well, I'm a slob. People who post pictures and videos of themselves at home...those people are clean. I can't take a video of my cat doing something funny because my filthy house is in the background.

What I'm saying is that my options are limited.

I'm not with the cool kids.

Ok. You want a selfie? I'll give you a selfie. 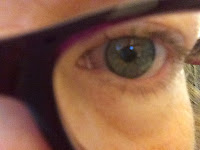 No filters. No make up. Just a big ole' eyeball. I think it's my best eye, too.

Posted by Dianna Dann Narciso at 9:37 AM No comments:

The problem with men...and women

There is a high-pitched whine emanating from a machine in the corner of the room and it's probably going to drive me insane. I don't know how long that sort of thing takes, maybe weeks or months, but you should definitely be on the lookout for strange tics and rantings of lunacy from me in the near future.

So, with that in mind, hear me out about men, and the women who enable them.

Look. Men are perverted little turds. We all know it. They're driven by sexual mania. It starts early and literally consumes them until the age of twenty-one, when most of them manage to suppress it because society tells them they have to "adult" now.

The reality is that a lot of men, dare I say, most men (and yes, I know, NOT ALL MEN, I get it) think of women as sexual objects. There's definitely a scale:

Normal dude, not creepy: Likes breasts and butts, and women as people, and is polite enough to keep his appreciation of their physical attributes focused on his wife or girlfriend. Looks other women in the eye. Only makes sexually demeaning jokes about women with his buds. Cries when he wears the wrong shirt to work and upsets the matriarchy.

A little bit creepy: Guy likes to look, when he can get away with it. Fantasizes about sex with beautiful women. (Wait, they all do that. But this guy actually thinks it could happen.) Appreciates the female form. Winks and whistles at strange women--believes he's paying them a compliment.

Creepy: Guy leers at breasts and butts. Raises his brows in what he thinks is an appreciative gesture. Winks. Suggests a little sexual play. With any woman who will look at him for more than a few seconds. Touches women on the arm, knee, hair, back for a few seconds hoping to get away with it. Calls women honey and sweetie.

Very Creepy: Guy touches women on the arm, knee, hair, back for prolonged periods and if not rebuffed, starts rubbing. Offers neck massages. Maybe a pinch on the ass if he gets the go-ahead. (The go-ahead being not having been slapped yet.) Thinks sticking his tongue out and wagging it is flirting. Watches too long and even follows to keep looking. If not told not to, will pretend to hump a woman in line in front of him and think it's funny. Calls women bitches.

Oh, My God! Criminally Creepy: Guy thinks women want to have sex with him and nothing they can say will change his mind. He forces himself on women, but not violently. He doesn't think this is rape because she didn't scream. Of course, most women don't scream when they've been drugged or plied with enough alcohol to toast an elephant.

Anything above that is just plain criminal and the creepiness factor doesn't come into play because the guy is just a rapist.

Men are creepy. The problem is that, for some reason, a lot of men have it in their heads that:

1. Women want to have sex with them, but they pretend not to because society tells them they shouldn't. And to be honest, it's these same men who call women who do have a lot of sex "sluts" and "whores." So, basically, men are crazy, too.

2. Women hate men and use flirting and sex to emasculate and control them.

And both of these sorts of women, according to these men, should be put in their places via the methods listed above. You can tell this is true because at some point, most creepy guys will say something along the lines of "She wants it, bad" or "You know you want it."

Except that, we do. And here we come to the problem with women.

The problem with women [NOT ALL WOMEN, yeah, yeah] is that there actually are women who:

1. Say no, when they really want to say yes. They want to have sex, but society (both men and women) tells them that if they have a lot of sex, they are "sluts" and "whores." So they say no, no, no. But they eventually give in. Which tells men that women want to have sex with them, but it takes a lot of persuading. The more you persuade, and the various methods you incorporate in your persuasion, the better your chances of getting sex, which is what men are almost constantly hoping for. [Yeah, yeah, NOT ALL MEN.]

People. This is just mother nature at work. Have you seen the lengths male birds and mammals will go to to get laid? I'm telling you, men are like peacocks, waving their ridiculously silly genitalia at whatever looks at them twice just hoping for some recognition.

You kind of feel sorry for them. [NOT ALL MEN. heh, heh.]

2. Say yes only to get really pissed off afterward because they said yes and the guy is so confused he realizes that if he just leaves right after sex, he can avoid drama.

3. Actually do use their bodies, flirting, and sex to emasculate and control men. It's so easy to do, after all.

4. See their bodies as sexual playthings, enjoy sexuality, but then balk when men go for it.

So, what I'm saying is that for all of the feminists railing against the creeps in Hollywood and corporations all over the country, for those insisting that men stop looking at women as objects--a walking set of orifices, if you will--and for those demanding women be treated with respect and dignity, there are women out there wearing Hooters uniforms, posting selfies of their cleavage (and more), and wiggling harder when they hear a cat call. Do I have to say it? Twerking!

Women, we are fighting a losing battle. Men [NOT ALL MEN] will always be sexually motivated and women [NOT ALL WOMEN] will appreciate the attention, or worse use their sexuality to demean men.

There is no redeeming creeps and the women who love them. Not in my lifetime or yours. Not ever. Because just as it is with all good things, there will always be more of them than of us.

The best we can do, if you ask me, is work toward getting the creeps to stop forcing themselves on us. But, getting them to stop trying to touch us? To stop with the creepy "compliments" and sexual innuendo? To stop the whistling and tongue wagging? I don't see it happening. Men [NOT ALL MEN] are just too creepy. And too many women love it.

Rant over. And curiously, the high-pitched whine has been silenced by all that typing.

Posted by Dianna Dann Narciso at 1:27 PM No comments: