An infestation of humans...

If you have no idea what The Sunshine State blog is about...well, you're right.
(Nonetheless, she persists.)

I saw this picture in my Facebook feed a day or so ago: 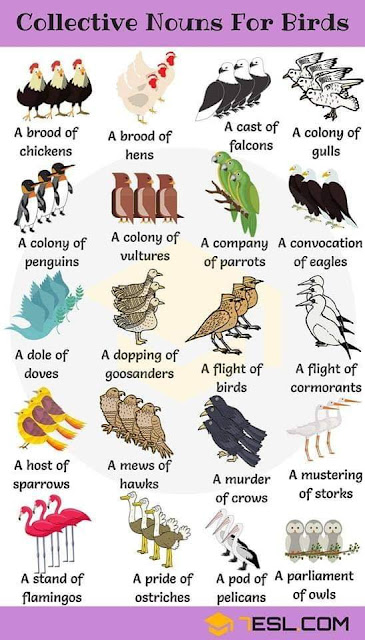 I'd just posted a photo to Instagram with a colony of gulls in it. Whenever I post a picture with a group of animals, I wonder if there isn't a name for it. And luckily, for word nerds like me, there is.

Here* are a few more:

A shrewdness of apes

A troop of baboons

An army of caterpillars

A glaring of cats

A mob of deer

A troubling of goldfish

An array of hedgehogs

A smuck of jellyfish

A kindle of kittens


A pandemonium of parrots

A crash of rhinoceros

A knot of toads

A descent of woodpeckers

A zeal of zebras


This made me wonder about humans. What is a group of humans called? Here^ are some collective nouns for certain groups:

A troupe of artists

A cohort of guests

An unhappiness of husbands

A damning of jurors

A superfluity of nuns

A misbelief of painters

A promise of tapsters [bartenders]

An impatience of wives


But what is the word for all humans put together? I think I know:

An infestation of humans

Too morbid for you? Okay, here, have a cookie:

An evolution of humans

Still, I imagine we are lacking in quite a number of collective nouns for various gatherings of humans. I propose the following:

A retch of racists

A vomit of homophobes

A trump of villains

A shit of stupid people...

That turned dark very quickly. Perhaps I should search the internet for videos of kindles of kittens.

* from Collective Nouns for Animals
^from ADDucation

Posted by Dianna Dann Narciso at 8:56 AM No comments: