Phlogging our trip to Amelia Island...

It's another photo blog...a phlog!

On our way up, we stopped in Palm Coast to visit Princess Place Preserve. It's called that because one of the early owners married an exiled Russian prince. So, I guess she was a princess. I'm not a big fan of royalty. I'm even less of a fan of people pretending the United States has its own "royalty." 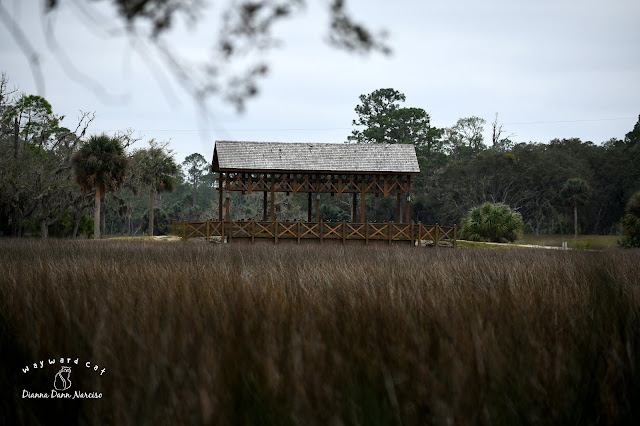 There was this cute covered bridge, which reminded me of that book and movie, The Bridges of Madison County, neither of which I liked all that much. This bridge isn't as quaint as those bridges, but it has its own appeal. 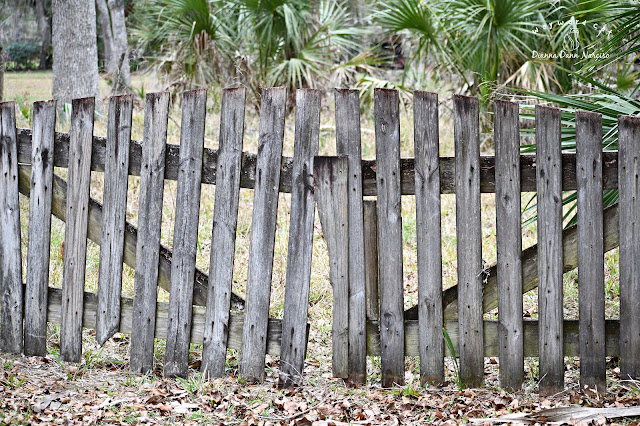 I got two pics of this fence and I can't decide which one I like best. I'll post the other one at the end.

There were lots of trails at Princess Place and plenty of places to have parties or weddings. You can tour the house in which the so-called princess lived, but it was closed when we went. We much prefer the outside of things anyway, which is actually kind of funny. We're not exactly outdoorsy people. We don't like camping or boating, certainly not water skiing or anything like that. 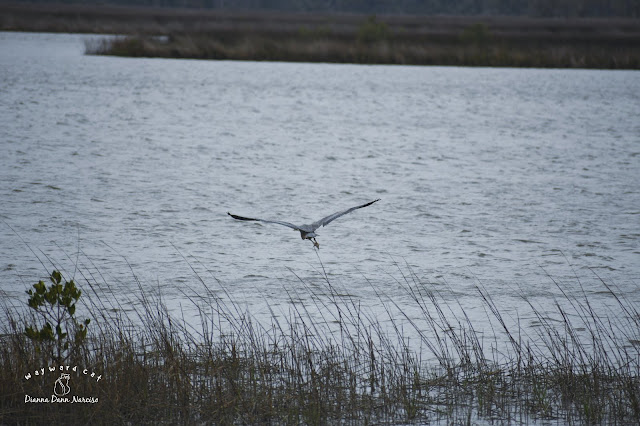 We startled this great blue heron and I was surprised I got this picture at all. Ever since I got my new camera, most of my pictures suck. But at least I'm able to get off auto and learn (I hope) how to use the various manual options. The Canon I was using before (and still use sometimes) was bonkers when it came to manual mode. I couldn't figure it out at all.

Anyway, as I was saying, we like to be out in nature. One of the things that drives us really nuts is walking in a preserve or park and hearing people tromping along the trail talking really loud...like they think the person with them can't hear them because of the abundance of air...? I don't know. (We make exceptions for small children, of course.) 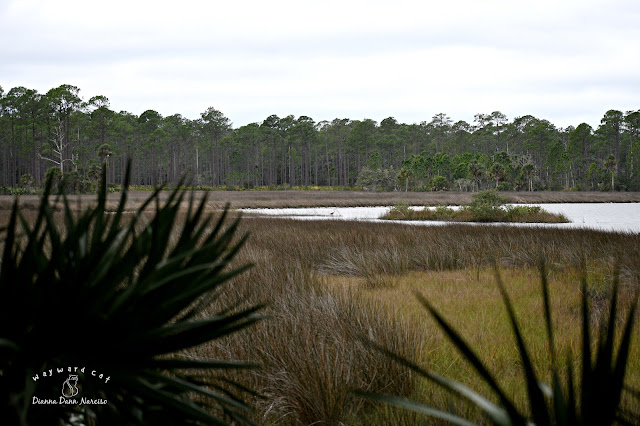 I love this scene. It's so Florida. And you can see in the distance another great blue heron. Actually, it could be the same one--this from when we first saw it and the pic above as we came to that part of the trail. Who knows? 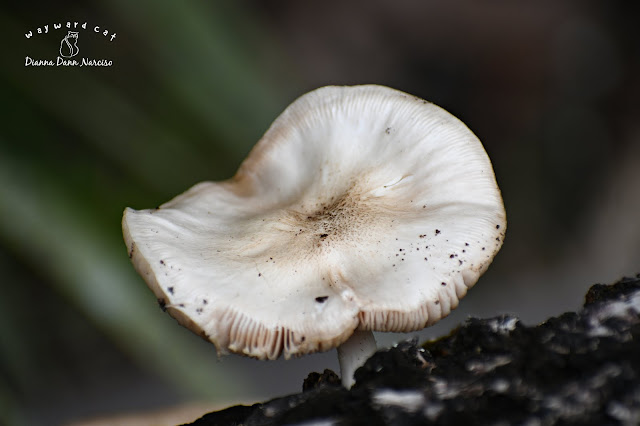 I never pass up the chance to get a picture of a mushroom!

And you know something else we don't like? It's those painted rocks people leave around. I mean, sure, they're cute downtown or maybe in a picnic area. But if you're out in a wildlife preserve, the last thing you want to see is some rock that doesn't belong there, painted, and dropped like another piece of trash. (Okay, lovingly placed...like a precious piece of trash.) I really wish people wouldn't do that. 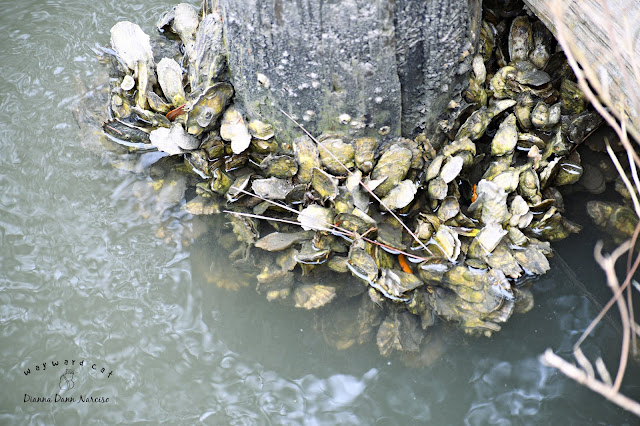 These shells had attached themselves to a bridge support post. I thought they were oysters, but they could be barnacles...assuming barnacles aren't just those funny cone-like creatures. I Googled it for a bit, but realized I wasn't quite that invested in knowing the facts in this instance. Enlighten me if you can.

The Author Expo is held in the gym of Fernandina Beach Middle School every year. There are rows and rows of authors selling their books. It's always a lot of fun to participate. The next day, before heading home, we stopped at Ft. Clinch State Park right down the road from our hotel. 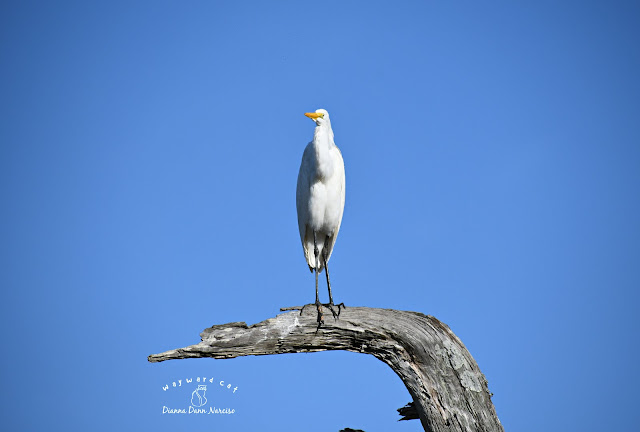 One side of the park is woods with hiking and bike trails, inlets and streams. 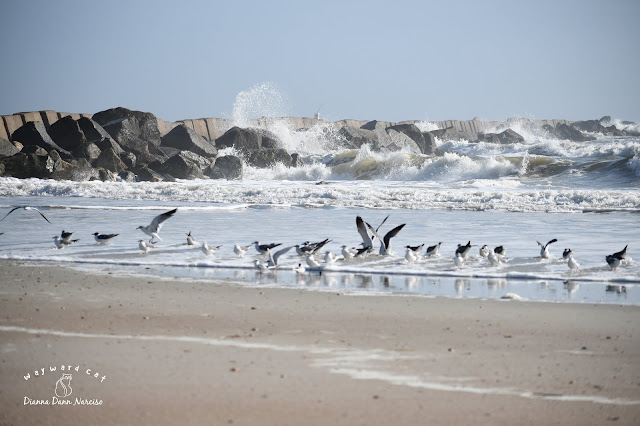 And the other side is the beach. Just over that sea wall there, you can look out northward and see the Georgia State line. Virtually.

We didn't tour the actual fort this year; maybe next year. 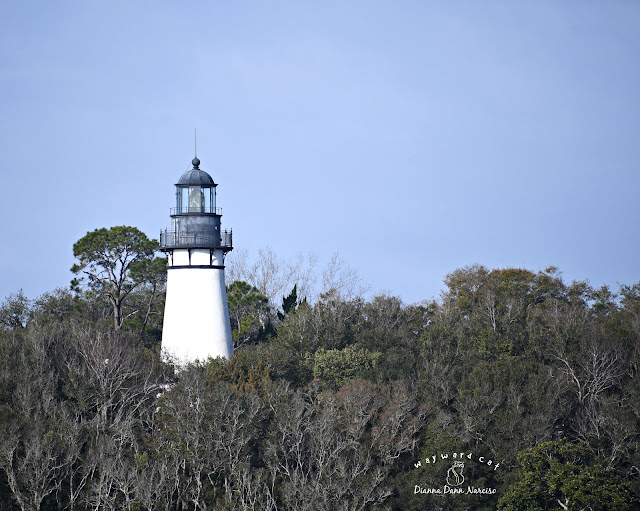 I don't understand the lighthouse. It's not on the beach. It's not even at the tip end of the park. It's across Egans Creek...in a westerly direction from the trail. Right here: 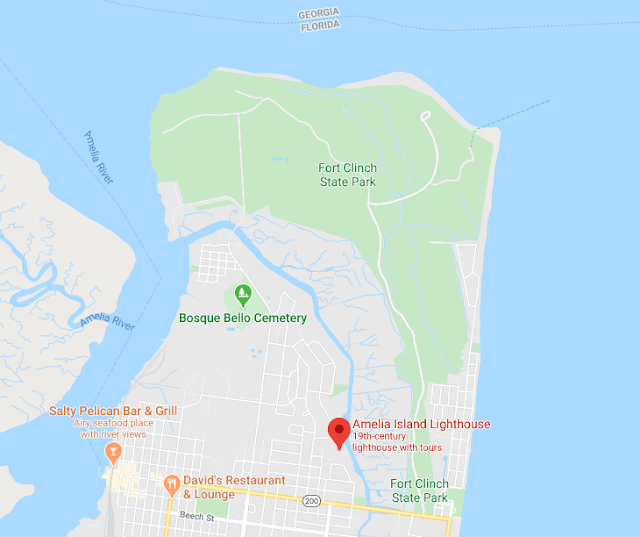 Yet another thing I'm not much in the mood to learn about right now: Why is the Amelia Island lighthouse so far from the coastline? Curious. 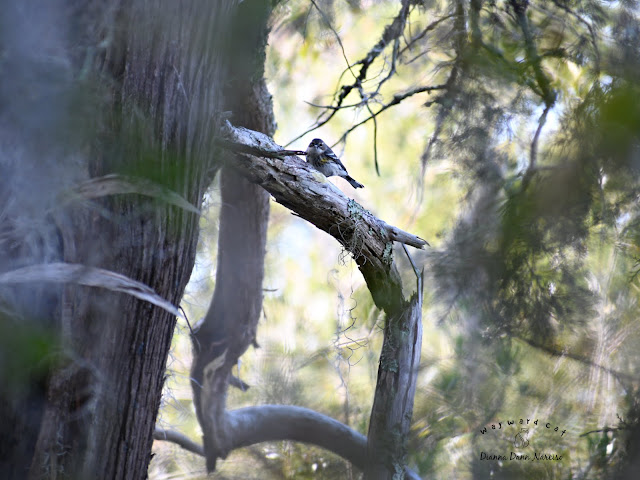 This is a little yellow-rumped warbler. I love the fogginess of the photo. I wish I could say I did that on purpose with my extended photography knowledge and experience. But alas, all my good photos are happy accidents. 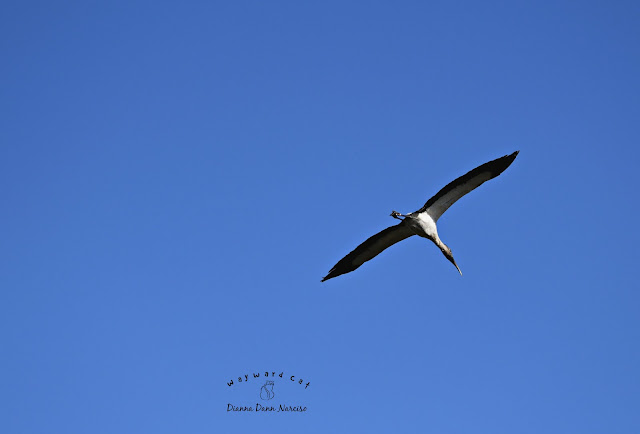 This is a wood stork. I love wood storks. Their faces look like wood and I bet that's where they get their name. We used to have a mated pair living in the ditch at our local Walmart. Then, one day, there was only one and he seemed to mourn for quite some time. Eventually, he was gone too. 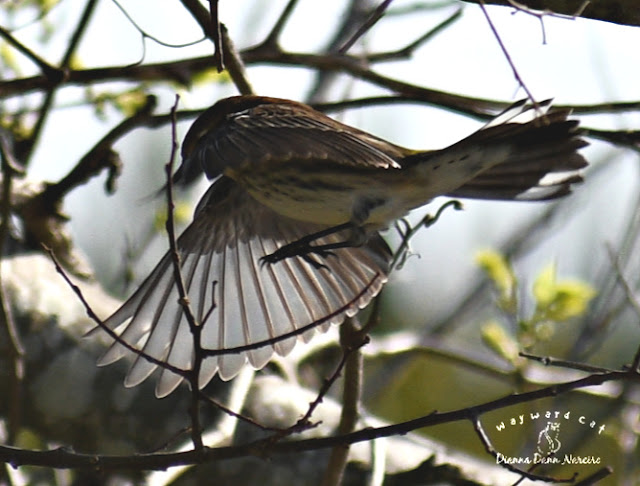 Here's one of those happy accidents I was telling you about. In most respects this is a really bad photo. But I do love the wing spread and I think it's kind of cool how the twig is curved in front of it in that way. This is a warbler, I'm sure; but I'm not sure which kind. 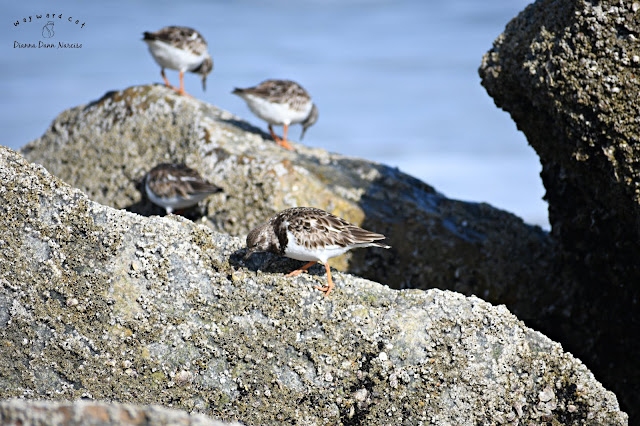 Here's a group of ruddy turnstones at the sea wall. They're cute little birds.

Okay, here's the other picture of the fence at Princess Place Preserve: 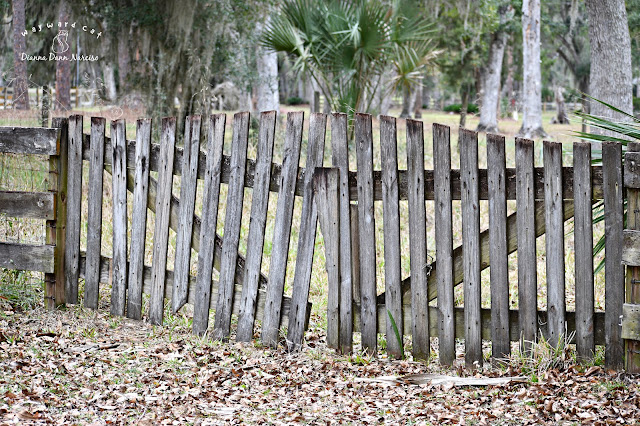 This one's got a curvy thing going on that the other one lacks...at the top and bottom.

That's it for that trip.

You ever think it's strange how we keep doing these calming things...we hike or go to parties. We watch television and go out to dinner. Like nothing horrifying is happening in the world at all?

We just keep on living...

Maybe there's nothing else we can do.

Posted by Dianna Dann Narciso at 11:23 AM No comments: