It's hot! hot! hot!
Time for some summer beach reads 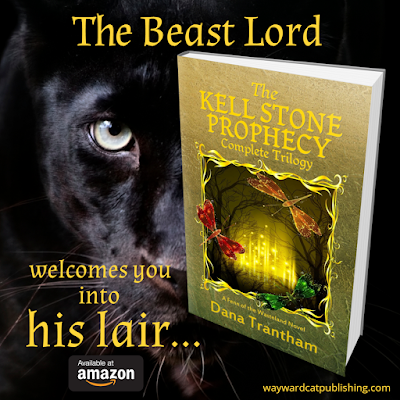 I saw this bee on a gaillardia and took a quick picture before he flew away. It's not the best picture I've ever taken, but I got the bee at least. June 2021 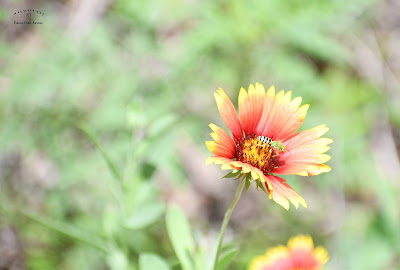 Sadly as some old mediaeval knight
Gazed at the arms he could no longer wield,
The sword two-handed and the shining shield
Suspended in the hall, and full in sight,
While secret longings for the lost delight
Of tourney or adventure in the field
Came over him, and tears but half concealed
Trembled and fell upon his beard of white,
So I behold these books upon their shelf,
My ornaments and arms of other days;
Not wholly useless, though no longer used,
For they remind me of my other self,
Younger and stronger, and the pleasant ways
In which I walked, now clouded and confused.

The Surprise at the End!

Thank you for reading!

If you had any trouble with this newsletter, drop me an email at

and tell me about it.

See you next month!

Posted by Dianna Dann Narciso at 9:14 AM No comments:

Don't sleep, there are roaches

Don't sleep, there are roaches*

Funnily enough, I recently heard a "did you know" kind of clip on the radio and one of the things they mentioned was that in a recent survey, 69% of responders said they couldn't sleep if they knew there was an insect in their house.

Last night at about 11:30, just as I was about to turn out the light, I saw an enormous roach next to my dresser. Oh. My. God.

So, there I was, between my bed and the dresser, trying to get low enough to the floor, and yet reach around to the side of the dresser and over the corner of my night table, to smash him with my shoe. But not so low that when he rushes me I can't get away. Because that's one of the things they love to do. They play all wounded and dead like, until you make your move, and then they chase you around the room.

Well, I got a good smack, but missed the bugger--at least missed the majority of him, because he darted under the dresser. Well, I thought, that's just great. Now there's a roach, not dead, under my dresser. I can't go to sleep now! He'll crawl out and get on the bed and terrorize me. Just the thought of him doing that will terrorize me.

So, I got the Raid and a flashlight. I used the light to peer under the dresser and I found the vile creature in a front corner. I might have missed him if it weren't for his long antenna. Shudder.

This was the worst part: I had to get down onto the floor to spray the Raid under the dresser. If he rushed me, I'd scream and flail around, trapped there against the bed. Hubs would wake up and shake his head sadly. "There she goes again," he'd mumble, toss a pillow over his head and go back to sleep.

After a good dousing of the front corner without being accosted by said roach, I peered under it once again with the flashlight and...nothing. He was GONE! GONE, I TELL YOU!

Now what do I do?

Obviously I couldn't go to sleep. If I got him with the spray, he'd come out to die and I might step on him when I get up in the middle of the night to pee or something. Even if I tried to sit up in bed and slip my bedroom shoes on before touching the floor...he could be IN MY SHOES! That was not going to work for me. But worse. Sometimes as they're shuffling off the mortal exoskeleton, the try to climb the wall. And he could climb the wall and end up over my head and drop down on me.

Or I didn't get him at all and he was just waiting there for me to get into bed, at which point he would seek his revenge.

No. No way was I going to get in that bed, turn out the light, and sleep. So, I grabbed my pillow and went out into the family room to watch television. I watched the first couple of episodes of a show about soccer, I think. They called it football, but it looked like soccer. It was called "The English Game." So, cool. Found another show to watch.

Anyway, at about 1:00 a.m. I was finally sleepy enough to give it a go. I'd checked the area a few times, lighting up the room as much as I dared while hubs was sleeping, looking for the dastardly devil. Finally, I decided that if he hadn't climbed the walls yet, or come out to go belly up, he was probably going to stay where he was for the night.

After all, I reasoned, I live in Florida. There are roaches and bugs everywhere. And yes, even sometimes in the house. We usually only see them after a good de-bugging when they come out to slowly die. This one did look a bit peaked.

So, I did it. I went to sleep with a roach in the room. And as far as I know, he didn't get on me while I slept. And that's about as much as a Floridian can hope for.

Of course, it's still there, somewhere. Probably in my bra drawer. The battle continues...

*The title is a parody of Don't Sleep, There are Snakes by Daniel L. Everett, a book on my shelf that I have yet to read. Maybe I'll read it after I finish The New History of the World by J.M. Roberts.

Heart Spring Mountain by Robin MacArthur
A missing mother, family secrets revealed, quirky characters. This was beautifully written, but on the dull side much of the time. I skimmed a lot. I got the distinct feeling at one point that the author read The Grapes of Wrath as a teen and just had to have "a scene like that" in her own story.
My Goodreads rating: 3 stars

The Puma Years: A Memoir of Love and Transformation in the Bolivian Jungle by Laura Coleman
A wildlife rescue with, among other animals, big cats in the middle of the jungle. Imagine walking a puma! I thought it was boring in certain parts, but it has stayed with me. This was quite an amazing time in the author's life and after living through it with her, I feel inadequate--I could never do what she did. I applaud her.
My Goodreads rating: 4 stars

Sand by Hugh Howey
A post apocalyptic world covered in sand. Thrilling, engaging, and not a boring moment in it.
My Goodreads rating: 4 stars

The Tent, the Bucket and Me by Emma Kennedy
After watching the first and only season of The Kennedy's, I had to have more. This was ridiculously hilarious. and apparently all true.
My Goodreads rating: 5 stars

Grimgribber: A lawyer, the technical jargon used by a lawyer. From James Halliwell's Dictionary of Archaic and Provincial Words, 1855.

Tillyvally: A word used formerly when anything said was rejected as impertinent. As in "Tillyvally, dude, that's nonsense."

Clish-ma-claver: Silly talk; nonsense. From William Patterson's Glossary of the Counties of Antrim and Down, 1880.


For more explanations of these words with related historical info, get the calendar! It's fabulous.

Live in the sunshine. Swim in the sea. Drink in the wild air.
― Ralph Waldo Emerson

People rarely think of vultures as beautiful birds. And while I suppose I wouldn't use that word, I do find them adorable in their way. They bound around clumsily on the ground and hunch like teenagers when they sit. But look at this guy soaring, as majestic as an eagle! May 2021

June of the trees in glory,
June of the meadows gay!
O, and it works a story
To tell an October day.

Blooms of the apple and cherry
Toil for the far-off hours;
Never is idleness merry,
In song of the garden bowers.

Brooks to the sea from mountains,
Yea, and from field and vine:
Rain and the sun are fountains
That gather for wheat and wine.

Cellar and loft shall glory,
Table and hearth shall praise,
Hearing October's story
Of June and the merry days.

The Surprise at the End!

Thank you for reading Wayward Cat Book News!
If you had any trouble with this newsletter, drop me an email at
dianna@waywardcatpublishing.com
and tell me about it.
See you next month!

If you'd like to get the Wayward Cat Book News in your inbox, visit:

Posted by Dianna Dann Narciso at 10:59 AM No comments: